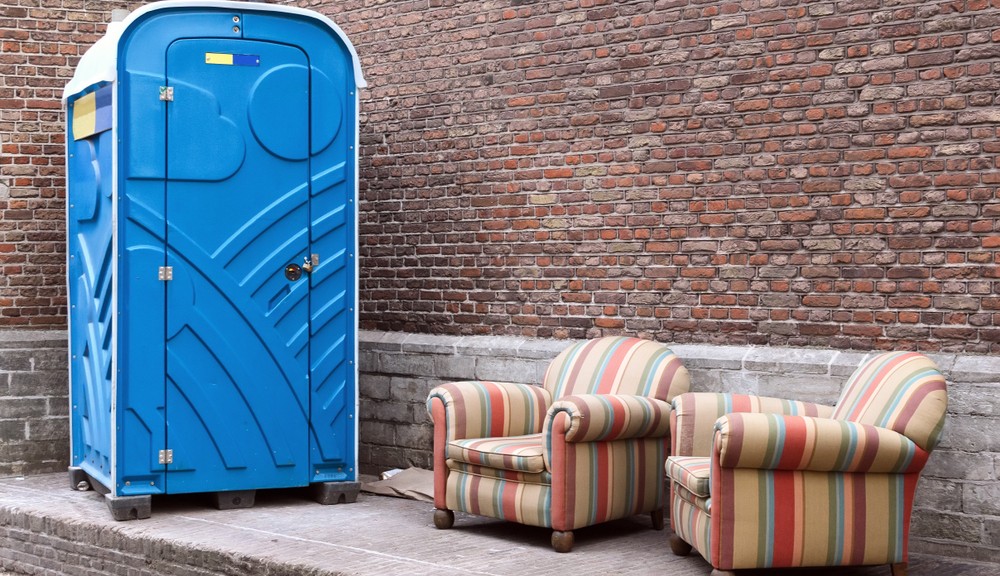 Everyone loves portable toilets, but not as much as these two German men – here’s why

We all love portable toilets. They’re there when we need them most, and they deliver convenient accessible sanitation. But few could say they love portable toilets as much as two German men, who were recently convicted of stealing almost $100,000 worth of portable toilets. Both worked for a sanitation company in Germany, which was noticing a strange decline in the number of its wares. And there’s nothing more insidious than a declining number of toilets. Needless to say, the company investigated and soon found that the two men had been stealing toilets for almost a year. Those toilets were being shipped to Holland, and, sadly, few were ever seen again. The racket eventually landed one of the men in jail, and one with a suspended sentence though. So, for the time being, German portable toilets can rest easy.

Portable toilet roulette: which one is the least used? The answer might surprise you

Everyone plays it, whether it’s at a public toilet, at a row of portable toilets, or even the toilets at work. That’s right: toilet roulette. It’s the simple question with so many complicated answers: which cubicle or portable toilet is used the least? The intuitive answer is the one furthest from the door. Surely, tucked away in that corner, you can find a barely used, ultra clean dunny. Well, not exactly. The thing is, we all seem to have that thought, which brings most of us to that exact toilet. The least used, and therefore cleanest, toilet is in fact the first in the row. Go figure!

Portable toilets haven’t escaped luxury; here’s what some of them include

While they’re high on the list of necessities, portable toilets aren’t something we often associate with luxury. However, there are some units bucking the trend. Luxury additions have not overlooked the portable toilet industry, with some reaching the upper echelons of opulence. We’re talking about portable toilets with gold trimmings, marble fittings, glamorous taps, and all the bells and whistles you would expect of a luxury mansion. Except, these mansions measure just a few square feet in floor space. They’re exciting, for sure, but we think we’ll stick with the classics for now.

Toilet studies have to be conducted by someone; there are experts in the study of portable toilets too!

Some of the questions we have about portable toilets need answers. Like the question of which is least used. So, dutifully, there are some among us prepared to take on that task. That’s right, we’re talking about the unseen army of toilet researchers. They inhabit events spaces, marathon races, music festivals, and everything in between. But they’re not taking in the sights; they have toilets in their sights. And thanks to their hard work, we now have the answers to a whole of questions we didn’t want to ask.

Get in touch with Dunkum Dunnies today!